The Vote for FIFA 21 Community Team of the Season Nominees

The best team promotion of FUT 21 season finally came here. EA confirmed 100 nominees for TOTS in the community and voted.

FIFA 21 TOTS (Team of the Season) promotion has appeared in every Ultimate Team campaign since FIFA 12, the best performing players this season will receive special TOTS player rewards.

PDT will start voting at 10:00 am on April 16, and will end voting at 12:00 pm on April 21. The final community TOTS selection will be jointly decided by EA and community voting.

TOTS promotion usually starts with fan voting. Fans can choose the "community TOTS" team with 11 players, because they have always performed well throughout the season and won at most one special event based on performance.

Special TOTS items awarded to selected players usually get high ratings, and only TOTY cards and some other special promotional items have higher ratings.

The complete list of "FIFA 21 Community TOTS Nominees" has been confirmed, of which you can view it below. 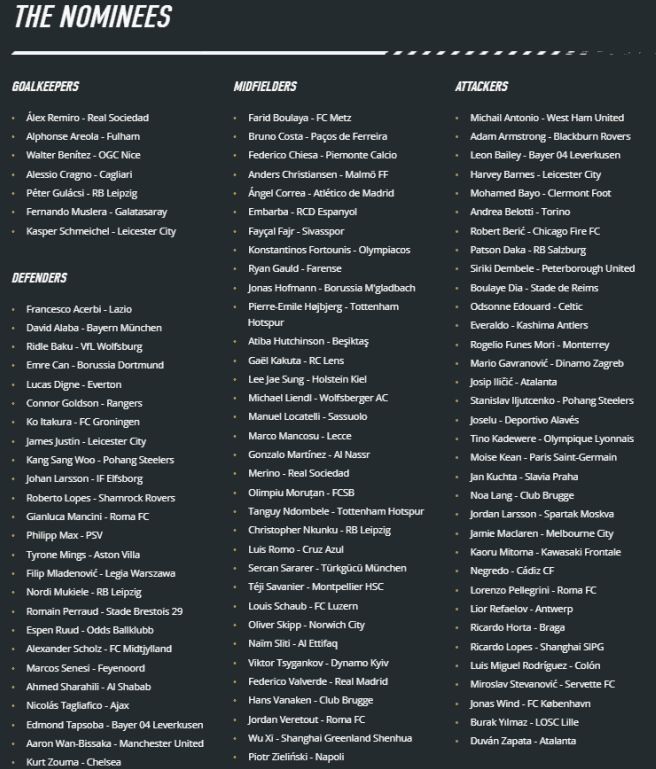 Following the script of the best team of the year and other FUT 21 events, the official team should accept both SBC and Objectives challenges. Past FIFA TOTS promotions also used the highly acclaimed FUT packs Lightning Rounds.

Most major world football leagues are in the off-season now, and now is the best time for FUT 21 to choose the best. This is always the culmination of all Ultimate Team promotions, because the best work of the latest campaign is highlighted by the powerful FUT TOTS card.